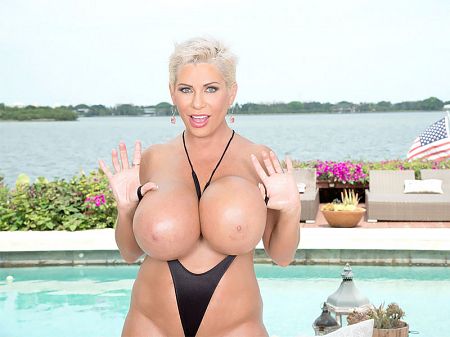 Claudia Maria, the super-MILF from Las Vegas, is only 5'2", but everything else about her is big: big, fat tits, big ass, big sex drive. Claudia came to us when she was 40 years old and took on the biggest cocks in our stable of stallions, even taking them up her ass.